It is with great pleasure that I welcome the talented Collette Cameron back to Leatherbound Reviews. I was fortunate enough to host Collette for the releases of Highlander's Hope and The Viscount's Vow. I want to say that if you have yet to read one of Collette's books, you are missing out. I found myself not wanting to put down either book as I read them and am eager to get my hands on The Earl's Enticement.
Talk about *hot* Scottish men! Major swoons for Ewan and Ian.
Without further ado, let's see what The Earl's Enticement holds in store for its readers. 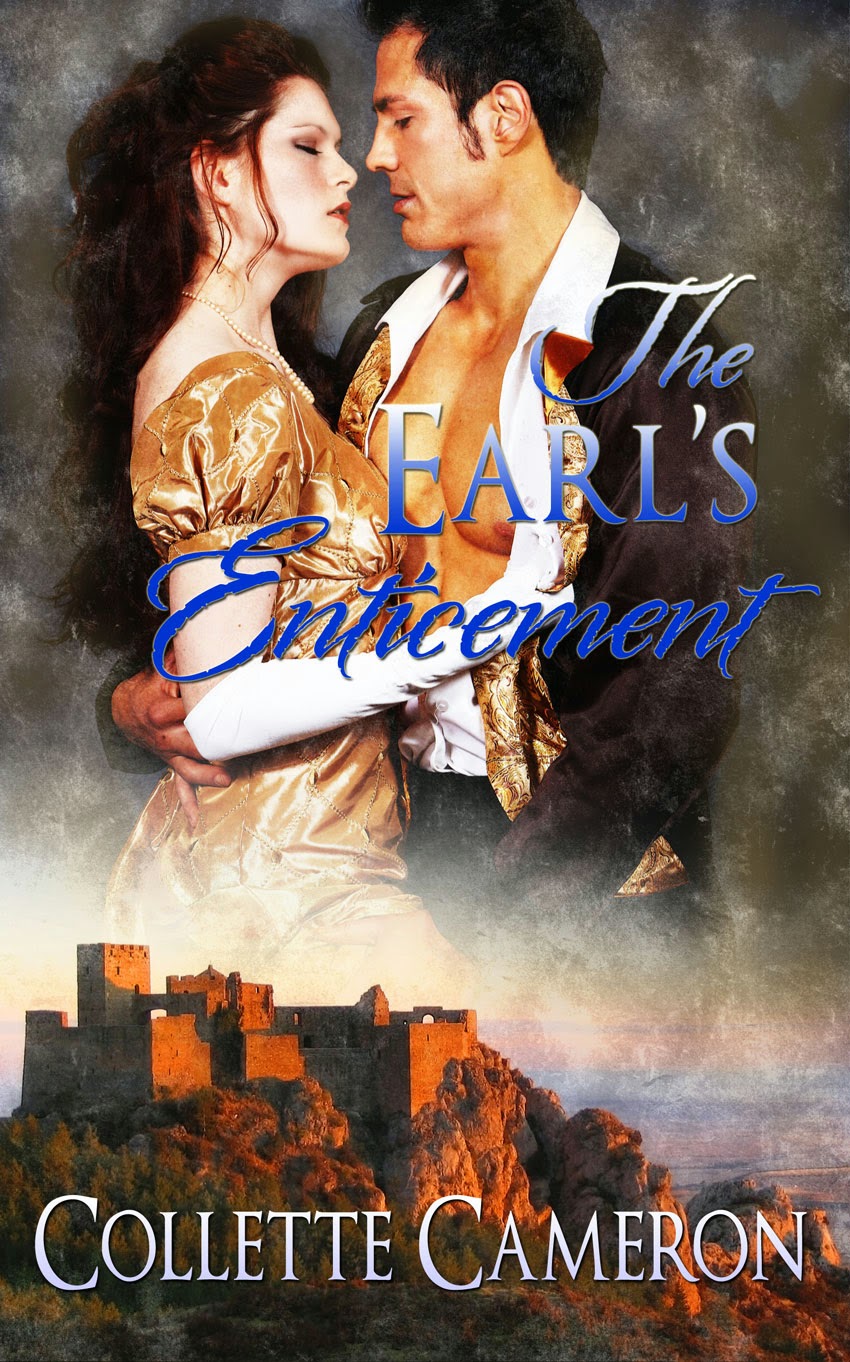 She won’t be tamed.
A fiery, unconventional Scot, Adaira Ferguson wears breeches, swears, and has no more desire to marry than she does to follow society’s dictates of appropriate behavior. She trusts no man with the secret she desperately protects.

He can’t forget.
Haunted by his past, Roark, The Earl of Clarendon, rigidly adheres to propriety, holding himself and those around him to the highest standards, no matter the cost. Betrayed once, he’s guarded and leery of all women.

Mistaking Roark for a known spy, Adaira imprisons him. Infuriated, he vows vengeance. Realizing her error, she’s appalled and releases him, but he’s not satisfied with his freedom. Roark is determined to transform Adaira from an ill-mannered hoyden to a lady of refinement.
He succeeds only to discover, he preferred the free-spirited Scottish lass who first captured his heart.

I’m not sure which whether it was my love for Regency, Scottish/Highlanders, or castles that gave me the urge to write the Castle Brides Series.

Well, that’s not entirely true. I had written Highlander’s Hope, which despite its title, is really a Regency-Scottish historical, and I wanted a castle on the front cover. After all, Ewan and Yvette find love, at last, at Craiglocky Castle. (I made the name up just because we author’s get to do that. J)

I always knew Highlander’s Hope would develop into a series  . . . or two. You know, I had to do something with all those characters I dared to introduce in the book. I might add they gave some reviewers fits.  *Snort.*

But, since I like reading books with large casts of characters, as long as I can keep track of who’s who, I did what I wanted in my book. We authors get to do that, too! Ah, the power.

By-the-way, in hindsight, I wish I’d titled the book, The Highlander’s Heiress. But since I didn’t, I’m using that title for another story which will be part of a Viking/ highlander anthology releasing from Soul Mate Publishing late this year or early next year.

Okay, back to the whole castle business.

When I wrote Vangie and Ian’s story in The Viscount’s Vow, naturally he had to have a magnificent estate and an enormous manor house with turrets. I had to have those turrets you know, because the south tower is where Vangie’s off-her-rocker mother-in-law has Vangie locked up. Somersfield is also where Yvette takes refuge when she flees London in Highlander’s Hope.

Once again, a castle appeared on the front cover of the book. So, it was only natural to have another castle on The Earl’s Enticement. A great deal of that story takes place in Craiglocky’s dungeon.
For those of you who read Highlander’s Hope, you’ll remember Roark and Adaira. Well, The Earl’s Enticement is their story, and trust me, when I tell you, all kinds of stuff happens both in and out of the keep’s dungeon.

Once the third book was done, I had this “duh” moment. I had no series title. No, I really didn’t.

All along I’d known the books were going to be a three-book series, but did I come up with a title? Nope. I ran a couple ideas by my fabulous Regency critique group and then asked what they thought of the Castle Brides Series. They gave me the thumbs up, and I passed the information along to my wonderful publisher.

The cover of The Earl’s Enticement you see here today, does not have the series title or cover quote on it yet. They are, however, on the cover that is released. And lest you, dear readers, be worried that some of the other characters you met and fell in love with in previous books should be left out ... fear not!

I’ve started a new six book series, The Highland Heather Romancing a Scot Series, and I promise you’ll be seeing much more of your favorite people from the Castle Brides series.

Adaira punched the pillow in her lap. Legs crossed, she sat in the middle of her bed.
“I won’t do it. I won’t. They cannot make me. I’ll run away to Tante Floressa’s. She’s invited me to visit her many times over the past two years.”

Never mind the French Wars had prevented any such thing. Tante Floressa was somewhat of a flibbertigibbet. The one time Adaira had visited France, her aunt nearly swooned when she spied freckles on Adaira’s nose. She hadn’t even been six yet.

Wonder what she’d make of my breeches?

A momentary smile hitched the corners of Adaira’s mouth before shifting into a scowl. There would be no more breeches.

She punched the pillow twice more with sharp hard blows, pretending it was the Earl of Clarendon’s smug face. “I’m glad I hit him,” she muttered.

“Wish I’d hit him harder. Wish I’d broken that perfect, straight, arrogant nose of his.”
Whap. She slugged the pillow again, this time hard enough, it flew across the room. The cushion bounced off an armchair before tumbling to the floor. She knew she sounded like a petulant child, and was acting like one too. She didn’t care. She hugged another small pillow to her chest.

Father had confiscated her riding crop after his lordship squawked she’d attacked him in the crofter’s cottage. She hadn’t meant to strike Lord Clarendon with the weapon, and the earl knew it. Now, how was she to protect herself? She supposed she’d have to start toting a dagger sheathed to her thigh like Yvette’s Romani cousin, Lady Warrick.

Wouldn’t that put the earl in a dither?

The punishment Adaira’s parents levied on her, dictated by the earl, of course, was far too harsh for her crimes. He’d not been seriously injured. His detainment hadn’t been torturous or lengthy. Yet, the sentences imposed on her were both of the latter. A year at Miss Hortensia Doddington’s Finishing School or a Season in London.

Adaira had to choose.

Three months of torture or nine? 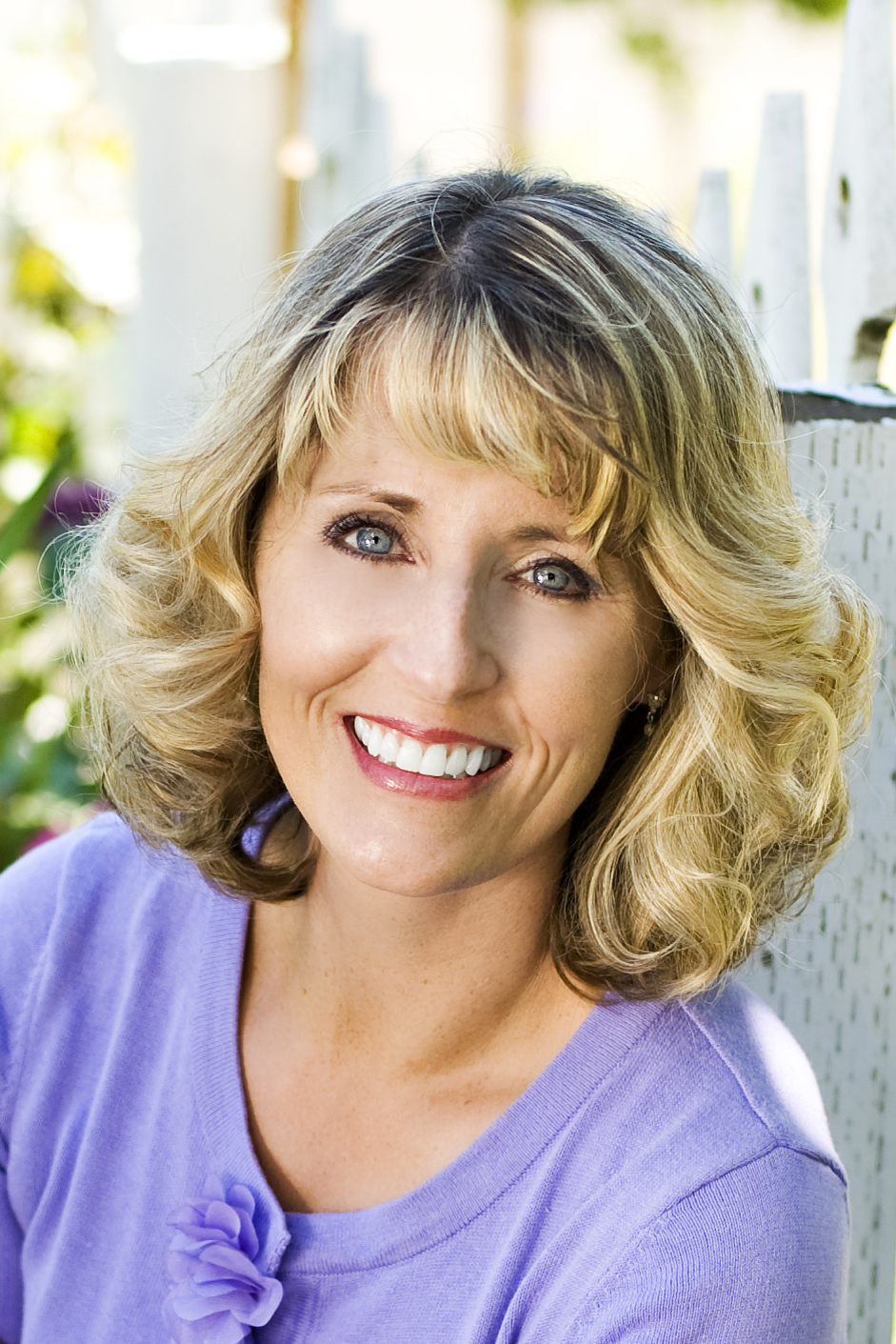 ABOUT COLLETTE
Award winning, Amazon best-selling, and multi-published historical romance author, Collette Cameron, has a BS in Liberal Studies and a Master's in Teaching.  A Pacific Northwest Native, Collette’s been married for thirty years, has three amazing adult children, and five dachshunds. Collette loves a good joke, inspirational quotes, flowers, the beach, trivia, birds, shabby chic, and Cadbury Chocolate. You'll always find dogs, birds, quirky—sometimes naughty—humor, and a dash of inspiration in her novels. Her motto for life? You can’t have too much chocolate, too many hugs, or too many flowers. She’s thinking about adding shoes to that list.
Posted by Unknown at 7:08 AM