Letters From the Heart:

I want to especially thank Moncia Fairview for the teasing excerpt from Mr. Darcy's Challenge! I know it left my curiosity piqued and wanting more. And thank you for your generosity in giving away two copies of Mr. Darcy's Challenge.
And my heartfelt thanks goes to the lovely Rose Fairbanks for the delightful excerpt and ebook giveaway of Letters from the Heart. Thank you for your kindness and stopping by Leatherbound Reviews.

Thank you to everyone who stopped by and commented on these posts. I know the authors greatly appreciate your support and enthusiasm.

A Feast of You by Sorcha Grace Excerpt 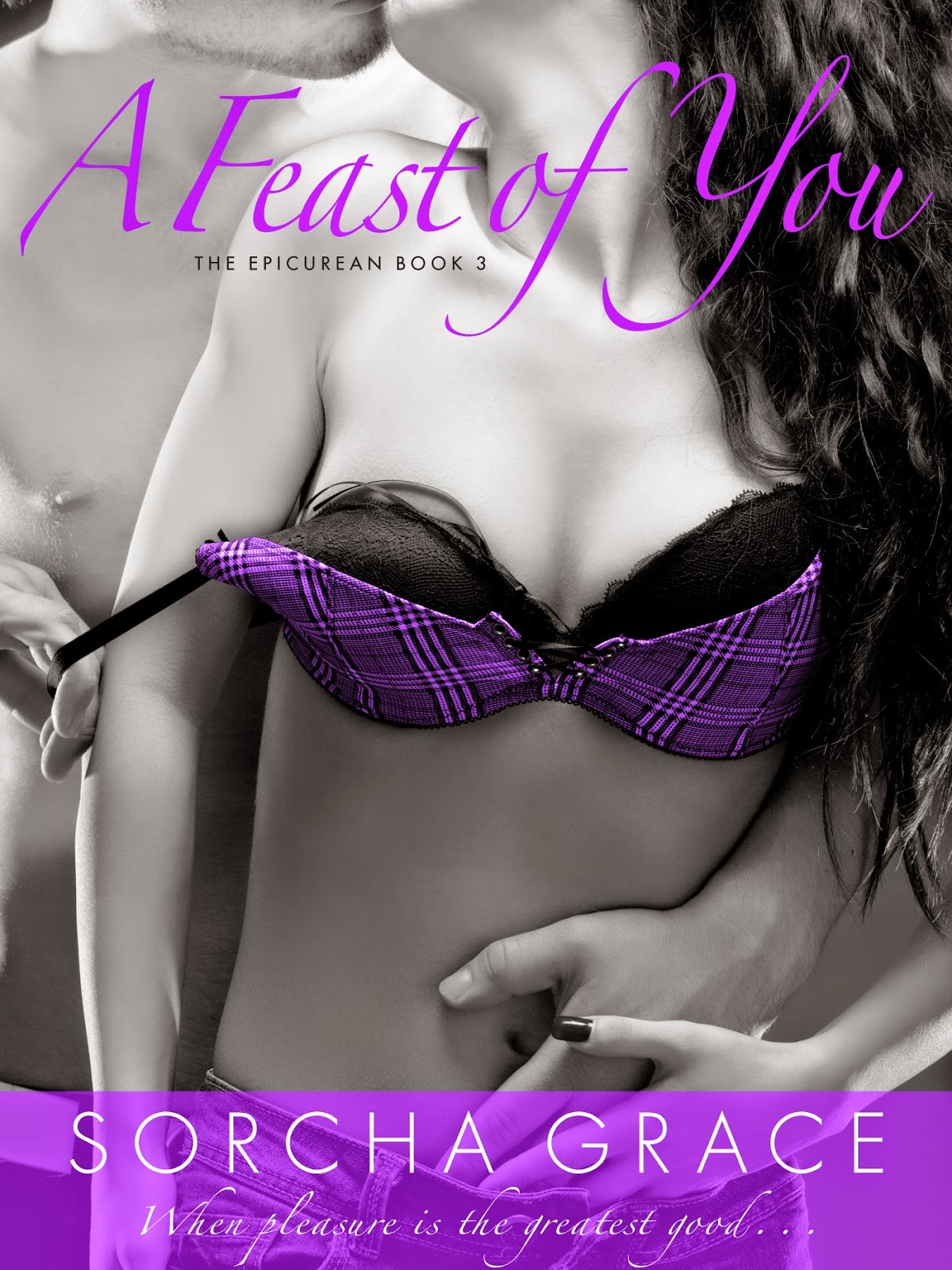 Cat and William have had the right ingredients for mind-blowing passion from the very start, and now their whirlwind romance has gotten serious. Very serious.  They’re practically living together, and sharing William’s luxury Chicago penthouse is even more delicious than Cat could ever have imagined.  Whether he’s cooking her an elaborate gourmet dinner or satisfying her every need in the bedroom, William Lambourne knows how to take care of his woman and Cat couldn’t be happier.

But life with Mr. Lambourne in his mansion in the sky quickly becomes complicated.  Demons from William’s past are back and they want to harm what’s most precious to him: Cat. He’ll do anything in his power to protect the woman he loves from danger, even hiring an elite security team to follow Catherine around the city. Cat loves that William wants to keep her safe, but she’s not used to being a target – or being so dependent.  And then there’s Cat’s new boss Hutch Morrison, the ex-rockstar-turned-world-renowned-chef who stirs up another kind of trouble. Cat’s definitely not used to seeing her stormy-eyed sex god so riled up.  Cat and William may be a perfect pairing, but when dangerous forces of all types threaten to keep them apart, it will take more than just their undeniable chemistry—and their insatiable appetites—to survive it.

Excerpt:
William arrived home just after seven o’clock. With his tie loosened and his hair adorably tousled, I felt the familiar urge to run my fingers through his thick, dark curls. Even after a full day of mastering the universe, his charcoal suit looked impeccable, as did the man wearing it.
I’d slipped into my racy new lingerie and pulled on a pair of distressed boyfriend jeans and a cute black sequined top I’d bought at Zara a few years ago. Strappy black stilettos would have looked great, but we were staying in, so my feet were bare, showing off my newly pedicured red toenails.
We met in the living room and I went easily into his arms. I was greeted with, “There’s my beautiful girl,” as he pulled me tighter against him and slanted his mouth over mine.
He would have given me a quick kiss, but I didn’t pull away, allowing my lips to linger and my tongue to gently entwine with his as a promise of what was to come. My hands slid over his muscled chest and down his rock-hard biceps. He smelled delicious, as always, and looked like he’d come from a photo shoot for GQ. “You look good enough to eat,” I purred.
“You look pretty great yourself.” He gave my ass a quick pat and moved away. I waited for a Happy Valentine’s Day, but he was already leafing through his mail.
“What would you like to do for dinner?” I asked, trying to sound casual.
William shuffled an envelope to the back of the stack. “I already grabbed something,” he said. “I had a meeting and had to skip lunch.”
Okay. We’d agreed on a quiet night, but I thought we’d at least have dinner together. Maybe I’d misunderstood. I wasn’t going to make a big deal out of it, and I said, “Great. Well, I have dessert then.”
“That’s nice.” He was still looking at the damn mail.
“I thought so.”
Something in my tone finally made him look up, and he frowned. “Dessert? On a Wednesday night? That’s a little odd. What’s going on?”
I blinked at him. Had he seriously forgotten what day it was? Here I was with pie and sexy lingerie, ready to celebrate our first Valentine’s Day together, and he thought it was just any other Wednesday. I put my hands on my hips. “It’s not just Wednesday,” I said icily. “It’s Valentine’s Day, remember?”
“Valentine’s Day? Are you sure?” But he couldn’t stop himself from smiling.
He was totally messing with me. “William!”
He started laughing. “Of course I remember. Practically every woman in the building had flowers delivered. And I ran into more than a few guys who were freaking out about what to buy their wives or girlfriends.” He pulled me into his arms again, sliding his hands over my hips. “Even if I’d wanted to forget—which I didn’t—I would have been reminded.”
“Lucky for you we said no gifts.”
“Yes, lucky me.”
I grinned at him. “Though I might have a little something for you,” I teased. “Guess.”
“Oh, really?” His fingers made small circles on my hips, dipping lower to caress my ass. “A heart filled with chocolates?”
“No, but it is red.” I lifted a hand to my shirt and slowly undid a button to reveal a red bra strap. William’s eyes, now a smoky grey, followed the movement.
“My favorite color. A tie?”
I undid another button, revealing the lace. “No…”
His hands cupped my bottom, pulling me against him. “Silk boxers?”
“You’re getting closer.”
“And you’re taking way too long with those buttons.” He gripped the fabric in his hands and yanked it open. Buttons and a few sequins went flying, and I gasped with surprise and also a little bit of pleasure.
“That was silk.”
“I’ll buy you another,” he said as he buried his lips against my neck.

Email ThisBlogThis!Share to TwitterShare to FacebookShare to Pinterest
Labels: A Feast of You, excerpt, Romance, Sorcha Grace, Spotlight 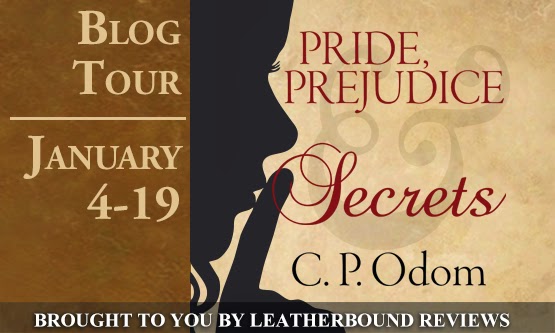 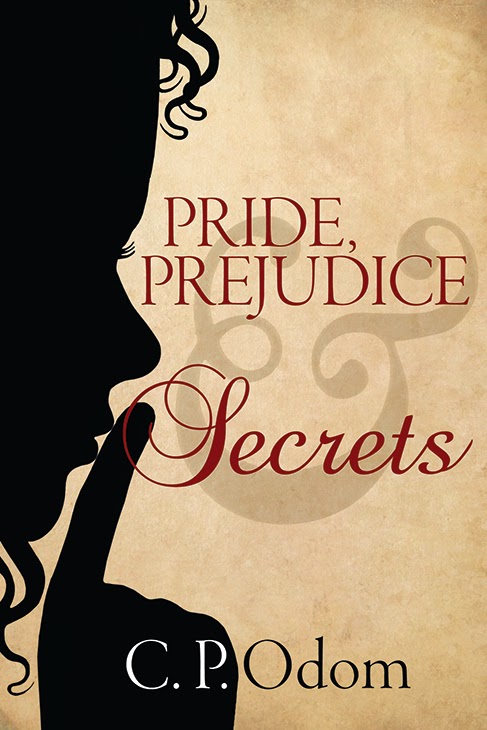