Letters from the Heart by Rose Fairbanks Excerpt + Giveaway! 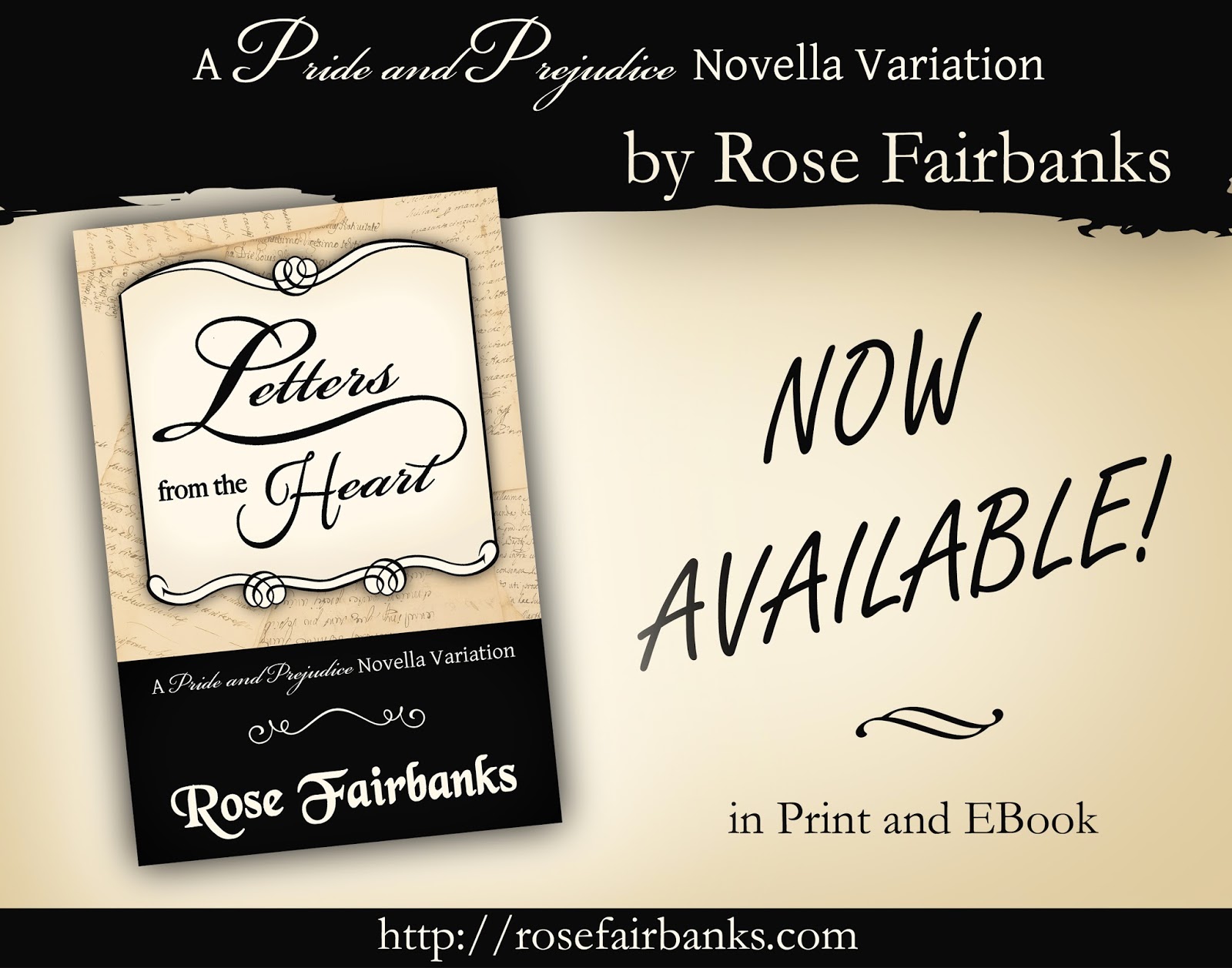 Welcome, dear readers! I am pleased to announce today's guest author. Rose Fairbanks has recently published her second novel, Letters from the Heart. I am thrilled to see Ms. Fairbanks publishing more novels. In the past, I have enjoyed reading books where Darcy and Elizabeth exchange letters. Letters from the Heart sounds like another such story I will enjoy! I hope you enjoy the great excerpt Rose has provided! And be sure to comment for a chance to win an ebook copy of Letters from the Heart!!

Blurb: Resolved to forget Elizabeth Bennet during a winter in London, Fitzwilliam Darcy writes a letter in bitterness of spirit. Frustrated by her growing obsession with the arrogant man, Elizabeth commits her thoughts to paper. But angry people are not always wise, and secret thoughts do not always remain secret. Compelled to face their selfishness and fears, their actions encourage those dearest to them to change as well. 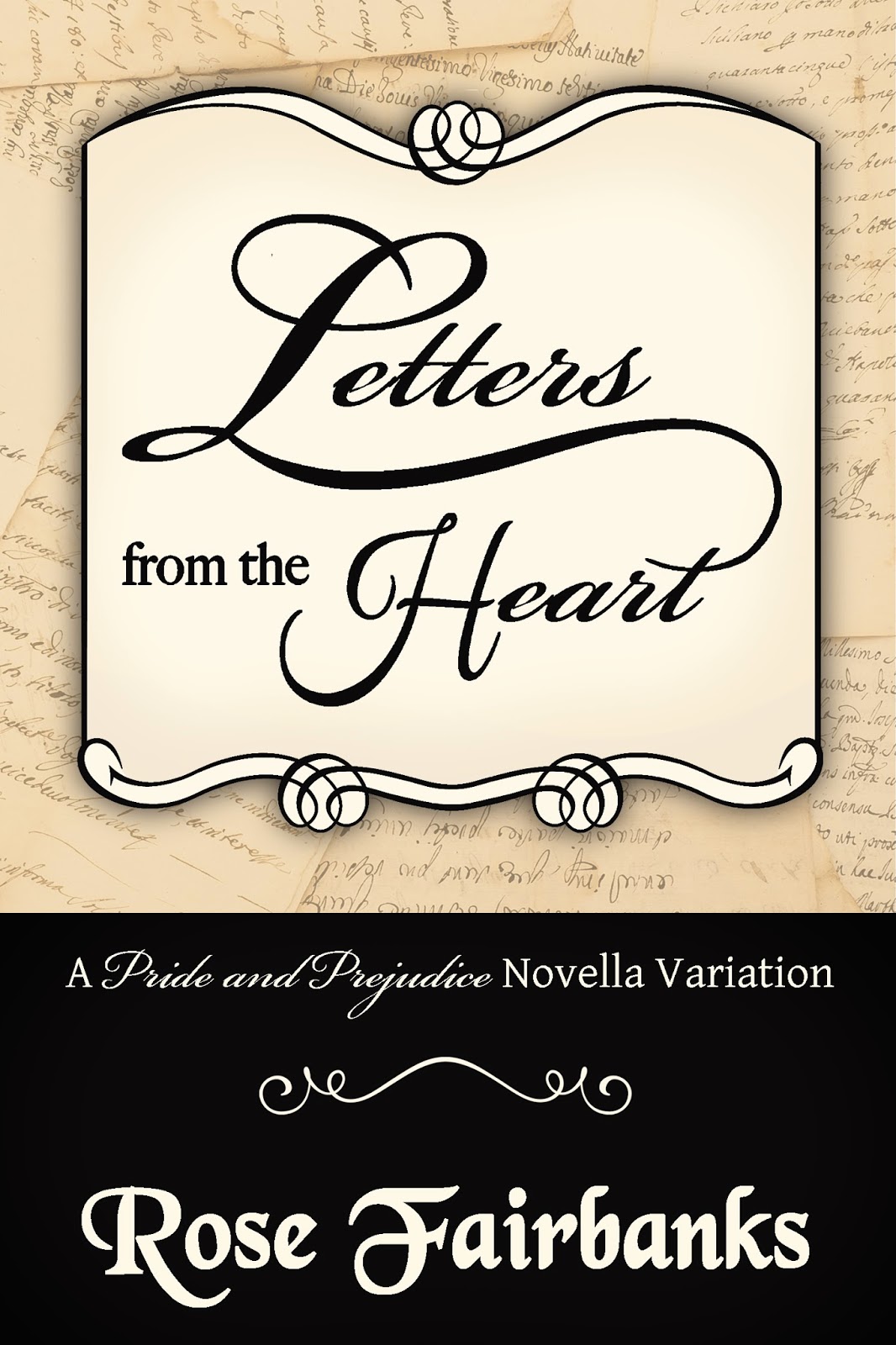 Author bio:
Rose Fairbanks fell in love with Mr. Fitzwilliam Darcy twelve years ago. Coincidentally, or perhaps not, she also met her real life Mr. Darcy twelve years ago. They had their series of missteps, just like Elizabeth and Darcy, but are now teaching the admiring multitude what happiness in marriage really looks like and have been blessed with two children, a four year old son and a one year old daughter.
Previously rereading her favorite Austen novels several times a year, Rose discovered Jane Austen Fan Fiction due to pregnancy-induced insomnia. Several months later she began writing. Letters from the Heart is Rose’s second published work.

Rose has a degree in history and hopes to one day finish her MA in Modern Europe and will focus on the Regency Era in Great Britain. For now, she gets to satiate her love of research, Pride and Prejudice, reading and writing....and the only thing she has to sacrifice is sleep! She proudly admits to her Darcy obsession, addictions to reading, chocolate and sweet tea, is always in the mood for a good debate and dearly loves to laugh.
You can connect with Rose on Facebook, Twitter, and her blog: rosefairbanks.com

Rose Fairbanks is kindly giving away ONE (1) ebook copy of Letters from the Heart to ONE (1) lucky commenter!
To Enter, please leave a comment about today's excerpt or your thoughts on Letters from the Heart's premise. What piques your interest about this story?
Please be sure to leave your Twitter handle or email address.
Giveaway is open internationally!!
Giveaway ends January 5, 2015!
Good Luck!!

And thanks again, Rose, for the giveaway and wonderful excerpt! :)

Email ThisBlogThis!Share to TwitterShare to FacebookShare to Pinterest
Labels: excerpt, Letter from the Past, Rose Fairbanks 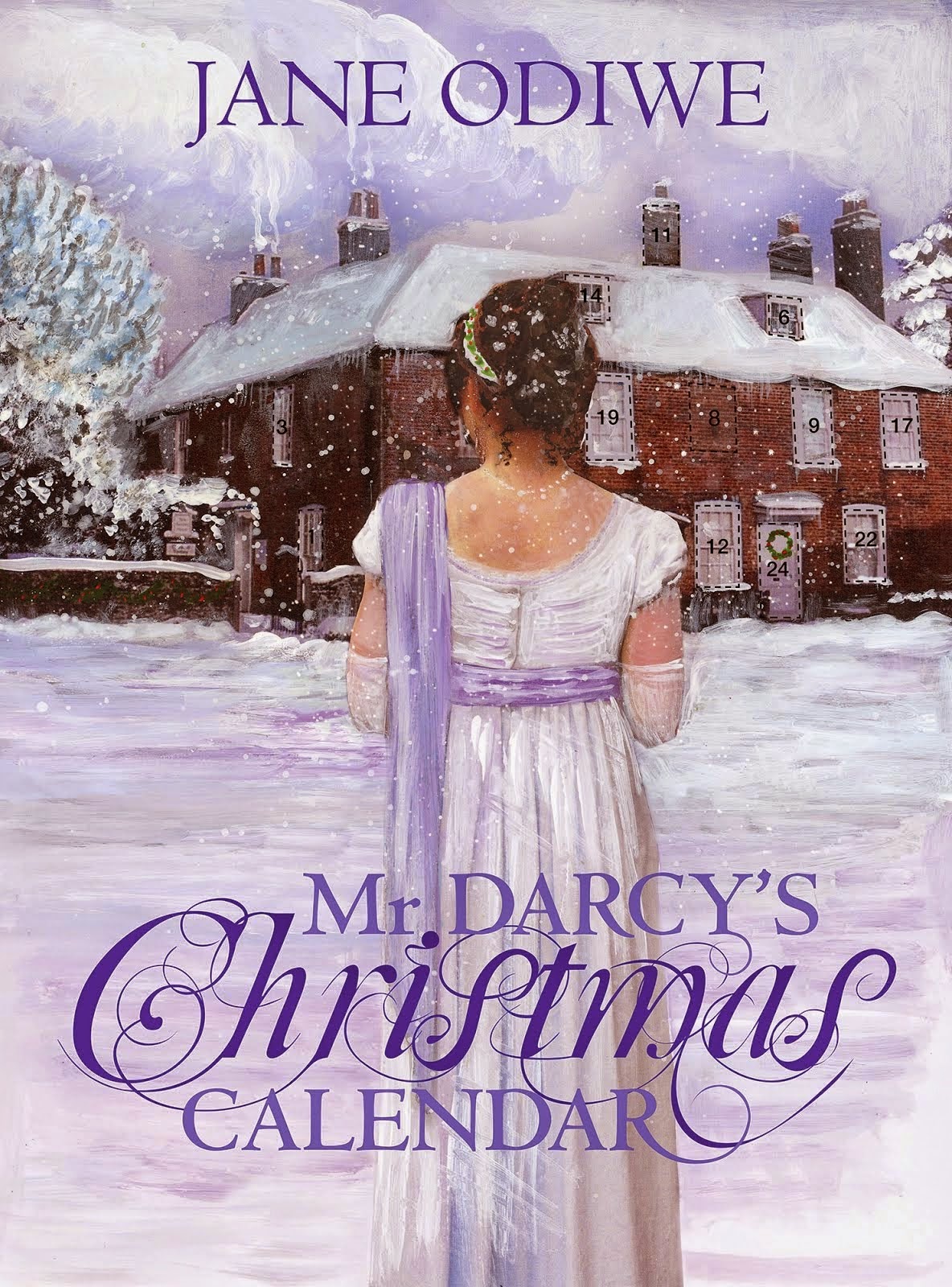 From the publisher:
Lizzy Benson visits Jane Austen’s house in Chawton, and buys a special advent calendar in the gift shop, but strange things start to happen when she opens up the first door and finds herself back in time with all the beloved characters from her favourite book, Pride and Prejudice. As she finds herself increasingly drawn into an alternate reality, Lizzy discovers not only is Mr Darcy missing from the plot, but Jane Austen has never heard of him. All Lizzy can hope is that she can help to get the story and her own complicated love life back on track before Christmas is over!

Review:
Don your wool spencer, muff, and half boots as you travel back in time with Lizzy Benson this Christmas season.

Thinking of no better way to kick off the holiday season than with a visit to Chawton House, Lizzy Benson embarks on a journey that will change not only change her life but also those of Austen’s manuscript First Impressions.

Upon her arrival at Chawton House, Lizzy is greeted by an arrogant and rude Mr. Williams and a jovial and boisterous Mrs. Bennet. After purchasing an Advent calendar from the gift shop, Lizzy makes to leave, only to discover the snowstorm has worsened and the roads are impassable. Lizzy is left with no choice but to spend the night at the historic home.

Magically, the Advent calendar takes Lizzy back in time to the lives of her favorite characters and favorite author.  While Lizzy is awestruck that she actually gets to meet Jane and Elizabeth Bennet, she is also gobsmacked that Miss Jane Austen seeks her help with her manuscript First Impressions.

As Jane corrects First Impressions, it is up Lizzy to guide her steps in order to give readers the final product we all love, Pride and Prejudice. But can Lizzy convince Jane that our two couples deserver their happily ever after, even if Jane herself didn’t get hers?

And what about the aristocratic albeit handsome Mr. Williams? He magically seems to be following Lizzy Benson around. Readers are left questioning in which time period he lives and could he have been the inspiration for Mr. Darcy’s pre-Hunsford ways? Day by day, the Advent calendar lights the way to true love for Odiwe’s characters.  However, can Lizzy get over her first impressions to see the man beneath the haughty exterior?

It took me a while to understand Odiwe’s rules for this alternate universe. While there were logical reasons for cell phones being dead and other technologies not working, there were other skepticisms I had about how this time-travel/parallel universe that required me purposefully to suspend my disbelief. Once I got used to that, I didn’t have any issue throwing out questions about how certain evens could or could not happen; however, this might be more challenging for the analytical reader.

One area that didn’t make sense to me was how as Lizzy is helping Jane Austen rework the plot of First Impressions, she was worried that things would not work themselves out between Austen’s characters. For someone who has read and loves Pride and Prejudice, Lizzy should have known that our characters would have a happily ever after. How could she forget how Pride and Prejudice ends? I guess she must not have been sure if Austen would have finished the book as we know it today, given Lizzy’s purpose was to help Austen fix her plot as she was reworking it.

Overall, Mr. Darcy’s Christmas Calendar is a feel-good Christmas read, perfect for those who wish to travel back to Austen’s day or those who enjoy seeing the magic of Christmas bring about true love.