Review: The Road to You by Marilyn Brant 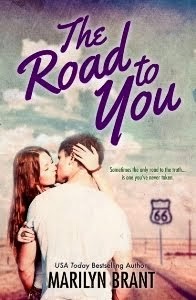 From the publisher:
~Sometimes the only road to the truth...is one you've never taken.~"Until I found Gideon's journal in the tool shed -- locked in the cedar box where I'd once hidden my old diary -- I'd been led to believe my brother was dead. But the contents of his journal changed all that."THE ROAD TO DISCOVERYTwo years ago, Aurora Gray's world turned upside down when her big brother Gideon and his best friend Jeremy disappeared. Now, during the summer of her 18th birthday, she unexpectedly finds her brother's journal and sees that it's been written in again. Recently. By him.THE ROAD TO DANGERThere are secret messages coded within the journal's pages. Aurora, who's unusually perceptive and a natural puzzle solver, is hell bent on following where they lead, no matter what the cost. She confides in the only person she feels can help her interpret the clues: Donovan McCafferty, Jeremy's older brother and a guy she's always been drawn to -- even against her better judgment.THE ROAD TO YOUReluctantly, Donovan agrees to go with her and, together, they set out on a road trip of discovery and danger, hoping to find their lost brothers and the answers to questions they've never dared to ask aloud."In that expectant space between silence and melody, our trip began…"

Review:
Two years after her brother and his best friend, Jeremy, disappeared, Aurora Gray still refuses to believe that Gideon, her brother, is dead, especially now in light of discovering his journal. But it’s not merely discovering the journal’s presence that gives Aurora pause; it’s that the journal has been written in…two weeks ago.

Needing some expert help in decoding Gideon’s mechanic talk in the journal, Aurora seeks out the one person who she knows can help, the one person she has avoided these past two years, Donnovan, Jeremy’s older brother and Aurora’s teenage crush. Aurora knows there has to be a hidden message amidst the steps for changing one’s oil and radiator fluid, but what is it? What is Gideon trying to tell her? And can she keep her feelings for Donnovan simmering below the surface, or will they ignite and combust along Route 66 like a Fourth of July firecracker?

As Aurora sets out on a cross-country journey, she will discover that it is not just a physical journey she will embark on; Aurora will also head down the road of self-discovery. Uncovering the truth behind her brother’s disappearance will finally allow Aurora to ask herself what she wants in life…and how Donnovan may fit into that plan.

Similar to Jane Austen, Aurora Grey is a great studier of character, and she uses this to her advantage on her journey. She can read those she meets, understand their stories, and decipher their feelings just by momentarily observing them—everyone except Donnovan, that is. It is this intrigue along with the aura surrounding them that make the tension, both sexual and emotional, between the two tangible.

From the dark wood paneling, muscle cars, classic rock, pay phones, and TV antennas, Brant captured the tone and mood of the late 70s in such a way that I thought I truly was transported back in time. Couple this with the amount of research conducted to write such a realistic story, and I was wishing this were a true story, one I didn’t want to end.

As with any historical novel I read, I enjoy comparing that time to present day. I love seeing how things have changed. As I read The Road to You, I enjoyed comparing the differences between 1978 and now: gas was only $0.61 per gallon, a Chicago theater played 4 movies—and that was a lot!—and it only took a dime to make a call on the pay phone…a payphone! (are they even around anymore?) My how times have changed!

There are several attributes I have encountered with each Marilyn Brant book I have read: true-to-life characters—perfectly flawed and dynamic—descriptions that easily transport readers to the present setting, a gamut of feelings felt, analogies and other figurative language that connect to the plot on several levels, all woven together so masterfully it creates a remarkable web, sure to trap any reader.

Every facet of The Road to You was meticulously executed. If you enjoy reading about days of old, self-discovery, travel, romance, mystery, or the new adult genre, I can’t recommend The Road to You enough. 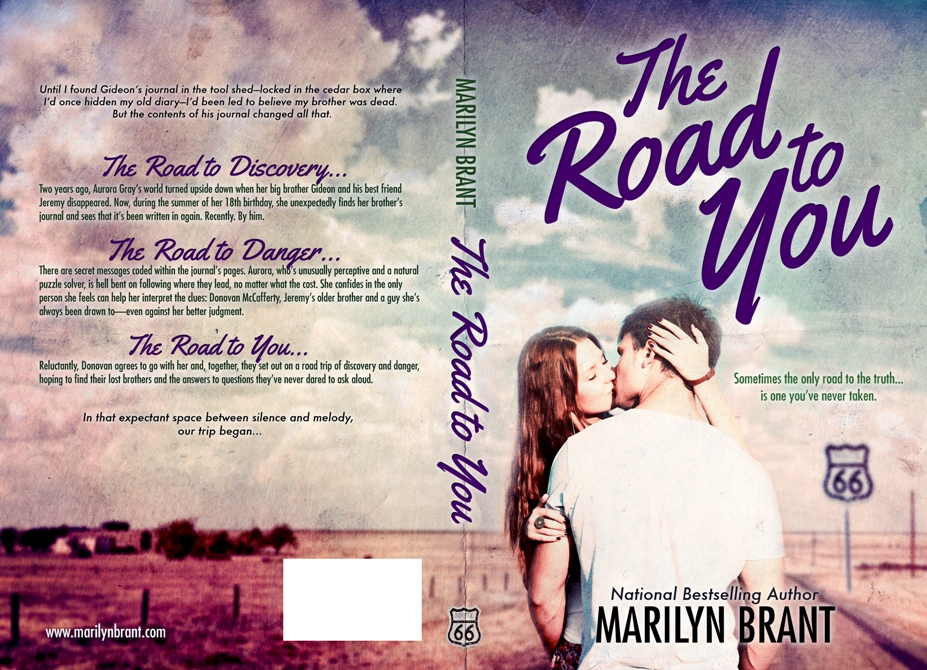 FTC disclaimer: Review copy provided by author for my fair and honest review.
Posted by Unknown at 10:05 AM

Email ThisBlogThis!Share to TwitterShare to FacebookShare to Pinterest
Labels: Coming of Age, Marilyn Brant, New Adult, review, Romance, The Road To You, Travel