Angel of the Centerfold by Michaela Robertson Blog Tour 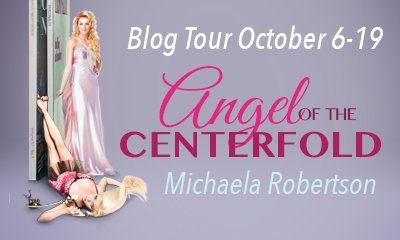 Hello, dear readers! I am pleased to announce another exciting Meryton Press blog tour coming up. This one is for debut author Michaela Robertson's romance novel, Angel of the Centerfold.
I hope to see you at each of these entertaining and at times steamy tour stops! 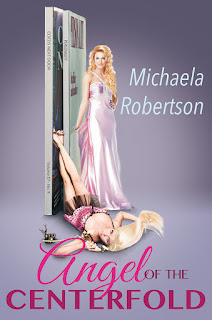 Book Blurb:
Disguise of every sort creates difficulties for recent Yale grads Elizabeth and Jennie Blackwell, who are eager to begin the next chapter of their lives.
Elizabeth hopes her remarkable voice and academic training will help crown her the new darling of the Met. But will her burgeoning romance with world-renowned philanthropist Lliam Dafydd benefit her career or derail it before it begins?
Elizabeth’s minutes-older twin, Jennie, plans to translate her impressive résumé into a successful medical research program, but her demanding academic pursuits leave little time for romance.
Feeling trapped by her girl-next-door image, Jennie adopts a daring alter ego who behaves as she never would. As “Ariel De Mer,” Jennie becomes captivated by mysterious photographer, Chance Bly. Handsome and suave, he smoothly awakens her desires, while Ariel’s sexiness and sassiness mesmerize her smitten lover.
But Jennie’s innocent charade has a powerful impact on the lives of those she loves, and she is not the only one playing games.

Michaela Robertson has dabbled in writing since her teenage years. In college, she initially majored in music until deciding she'd rather eat than enrich the world with her talent. A few years later, with a still-damp business degree in hand, Michaela entered the world of statistics. As the author of many dry technical documents, her artistic side was hidden from the world. Only her husband and daughter were aware of the musical talent hidden beneath the surface.

In the late 1990's, she began traveling extensively for her job, and being away from home and family created something she was previously unfamiliar with—spare time. Bowling, mixed-doubles darts, and touring temporarily filled the void. A chance encounter in 2004 with the 1995 Pride and Prejudice mini-series starring Colin Firth and Jennifer Ehle led Michaela’s down a new path. Having read Fan Fiction in other genres, she went on a quest for Austen Fan Fiction and discovered a world rich in stories and history.

Music continues to be Michaela’s muse and has inspired her writing. Now a widow, she lives on a couple of acres on the edge of the world in the Pacific Northwest with the current love of her life, a border collie.