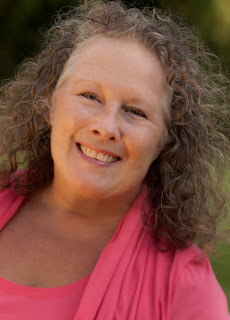 What’s your favorite part of writing Regency romances?
The research and staying within the cultural standards while having my heroine’s still be strong and independent.

I know there are other books in your Marriage Game series. Did you have the plots for each planned out or did they come about as you wrote The Seduction of Lady Phoebe?
No, I’m a total pantser, and didn’t even know there would be a series. I wrote Phoebe and Marcus’s story first, then knew Anna and Rutherford from the Secret Life of Miss Anna Marsh, would be second. The only problem is they were reticent to reveal their story. Meanwhile, Robert, Viscount Beaumont was shouting at me to write his, so the Temptation of Lady Serena was written second. The fourth book, currently titled Lady Caro’s Accidental Marriage is with my editor. I’m working on the fifth, and there will be a sixth before I start a new series in which the characters overlap.

Describe your hero, Lord Marcus Finley and your heroine, Lady Phoebe Stanhope.
Marcus was a such a bad boy, that at twenty, his father decided to banish him to the West Indies. After he sobered up on the ship, he started to turn himself around, made his own fortune and took Phoebe’s advice to help others. He remained faithful to her, and when he returns eight years later, decides Phoebe is still the only woman he will marry.

Phoebe is very forward thinking. It runs in the family. Her parents were adherents of the liberal philosophers of the time, so Phoebe and her older sisters learned, to use pistols, short swords, and self-defense. She can also drive a team. She is very politically astute as well. Phoebe wants to marry and have children, but after what Marcus did, she doesn’t believe she’ll ever fall in love again.

What was your favorite thing about writing these two?
Bringing them together. Phoebe was very resistant, and Marcus had to overcome his desire to try to force her to see they belonged together. Everyone, in her family gets involved.

I am always intrigued by the things authors learn when conducting research for their novels. What is one piece of historical trivia you found interesting or odd? I found it interesting that there was a real ground swell of liberalism during the time. It manifested itself in the Radical party, and in the liberal wing of the Whig party which was in opposition to the Prince Regent. Also, interesting was the amount of work ladies on estates actually did. It wasn’t all sitting around drinking tea. Many of them ran the estates, while their husbands were doing something else.

Lady Phoebe is available for pre-order. What is the one thing that you are most nervous about when it comes to Lady Phoebe’s pre-order and release?
LOL, that it won’t sell. I have wonderful cover quotes from both Grace Burrowes and Shana Galen, but there is always the fear it will flop.

Ella is lucky enough to have garnered two remarkable cover quotes from two wonderful authors:
"Lady Phoebe is a heroine Georgette Heyer would adore–plucky, pretty, and well worth the devotion of the dashing Lord Marcus. A marvelous find for Regency romance readers."
~ Grace Burrowes ~
“Ella Quinn’s The Seduction of Lady Phoebe is a passionate tale full of humor, romance, and poignancy. Quinn writes classic Regency romance at its best!”
~Shana Galen~


From the publisher:
LADY PHOEBE STANHOPE, famous for her quick wits, fast horses, and punishing right hook, is afraid of nothing but falling in love. Fleeing a matchmaking attempt with the only man she despises, Phoebe meets a handsome blue-eyed stranger who sends her senses skittering. By the time Phoebe discovers the seductive stranger is the same arrogant troll she sent packing eight years ago, she is halfway to falling in love with him.
LORD MARCUS FINLEY last saw Phoebe striding regally away, as he lay on the floor with a bruised jaw and a rapidly swelling eye. Recently returned from the West Indies, Marcus is determined to earn Phoebe’s love, preferably before she discovers who he is. Determined to have Phoebe for his own, Marcus begins his campaign to gain her forgiveness and seduce her into marriage.
Can Phoebe learn to trust her own heart and Marcus? Or is she destined to remain alone?
Author Bio:

Ella’s studies and other jobs have always been on the serious side. Reading historical romances, especially Regencies, were her escape. Eventually her love of historical novels led her to start writing them.
She is married to her wonderful husband of twenty-nine years. They have a son and granddaughter, Great Dane and a Chartreux. After living in the South Pacific, Central America, North Africa, England and Europe, she and her husband decided to make St. Thomas, VI home.
Ella is a member of the Romance Writers of American, The Beau Monde and Hearts Across History. She is represented by Elizabeth Pomada of Larsen-Pomada Literary Agency, and published by Kensington. Her first book, The Seduction of Lady Phoebe, will release in September 2013

Ella Quinn has generously offered ONE ebook for giveaway! To enter, simply leave a comment to this post and use the Rafflecopter form. OPEN INTERNATIONALLY! Giveaway ends Sunday, April 14. Best of luck! =)
Ella Quinn is also hosting another giveaway for The Seduction of Lady Phoebe on her Facebook page!