Jane Austen, is not only a most beloved author, but also a wonderful matchmaker. It's by her pen that Fitzwilliam Darcy and Elizabeth Bennet, Captain Wentworth and Anne Elliot, and Henry Tilney and Catherine Moreland come together. *sigh* What if her characters weren't the only people Ms. Austen brings together...with a little help from some Mistletoe? 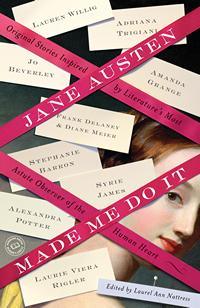 Excerpt from Jane Austen and the Mistletoe Kiss, by Jo Beverley

“I was speaking with Miss Jane Austen earlier,” he said, “and she told me of a mistletoe legend.”

“Apparently it doesn’t work when the mistletoe is still attached to the tree. It must be cut and formed into a bough.”

“Do you intend to hang a mistletoe bough in Ivy Cottage?”

“The girls will insist on it.”

“May I stop by this evening? I forgot to bring the bottle of port wine I had selected for you.”

Elinor was blushing. She couldn’t control it, and suddenly didn’t want to. She’d run mad to read what she did into his words and manner, but it was a madness she’d cling to as long as possible.

“Of course.” But then she realized everything he’d said could apply to Amy, not herself. Of course that was what he meant. So what should she do?

“Mama, Mama!” Maria plucked at Elinor’s skirts. “Can we go home and start decorating the cottage?”

Escape. “Of course. We must have all our greenery hung tonight, including our kissing bough.” She dropped a curtsy and took a bold gamble. “I hope to see you this evening, Sir Nicholas. You will be very welcome.”

He bowed and joined his brother. Elinor watched him for too long, allowing herself to tell a fanciful story, but then gathered her daughters and headed home.

Captain Danvers hurried after, however, insisting that they’d need help to hang the evergreens. Once back at the cottage, Amy shared that task with him while Elinor helped Margaret and Maria tie up the mistletoe with ribbons. She put aside her anxieties and joined in the Christmas Eve excitement.

Captain Danvers hung the bough in the middle of the parlor ceiling and then stole a quick, light kiss from Margaret and Maria, pinching off a berry for each as they giggled. And then he did the same with Amy. It was quick and light, but afterward the two looked into each other’s eyes as if startled.

Elinor would not believe in mistletoe magic.

Captain Danvers turned and pulled Elinor beneath the kissing bough. If there was anything to the legend, she wasn’t in love with Captain Danvers. But she already knew that.

When he left, Elinor provided a quick supper and then shooed the younger girls upstairs to bed. Amy remained to help her tidy up, still lost in a daze.

When all was done, Amy asked, “Will I have to wear mourning for Twelfth Night, Mama? It will be so close to the end. I don’t want . . . But you understand!”

Elinor did. Come what may, it was time to face the future. “We’ll all put on our colors. Why be crows at the feast? But we’ll all have to spend some time on alterations, I fear.”

Amy hugged her. “Thank you, thank you, Mama! And . . . I think Sir Nicholas is the most wonderful man in the world!”

Amy flushed red. “Well, no. But . . . I have hopes . . . Oh, you know what I mean.” She raced upstairs, doubtless to spin wondrous dreams. Elinor remembered what it felt like to be sixteen and in love, perhaps now more poignantly than ever. She returned to the parlor, looking up at the mistletoe bough, rapt in her own impossible dreams.

It wasn’t a matter of wealth and station, though it would certainly be pleasant to be Lady Danvers of Danvers Hall. It was Nicholas himself. His kindness, his intelligence, his gentle humor. Everything, including his broad shoulders, vigor of movement,
steady blue eyes, strong hands.

At a clench of physical longing, she moved to pace the room; Lord save her, she might be tempted on the road to ruin by such physical hungers. It had been so long. . . .

Mince pies. The small oven by the kitchen fire was ready. She would make the pies instead of sinking into lewd thoughts. She was rolling out the pastry when someone knocked on the kitchen door, but Sir Nicholas opened it without waiting. At the
sight of her, he grinned.

“Oh!” Elinor put her hands to her face, only then realizing that they were floury from the pastry. “Why did you have to come barging in here?”

“My deepest apologies,” he said, putting a bottle of port on the table.

She turned to the basin of water to wash her hands, then wet a corner of her apron and scrubbed at her face.

“Allow me,” he said, and turned her to gently dab at some spots. “Though flour becomes you, my dear Elinor.”

Surely there was no mistaking the look in his eyes. “I’m five years older than you,” she said.

“Are you comparing me to wine?”

“Shall I compare thee to a well- aged port . . .” he misquoted. “Good wine has depth, and warmth, and gladdens the heart. As you gladden mine.” He took her hand and led her into the parlor. “A very pretty bough. Now to put mistletoe to the test.”

“Should we?” Elinor whispered, frightened that his kiss might feel no different to his brother’s.

“We should.” He drew her gently to him and put his lips to hers.

Warmth. A warmth greater than lips to lips, a warmth that spread gently through her, melting, softening. She looked at him and he looked at her, as lightning- struck as Amy and his brother.

There could be no doubt in that, or in the hunger that instantly ignited deep inside her. She pressed close again, opened her lips to him, savored him, sliding her arms around him in order to be even closer.

She pushed back, but stopped herself from turning it into a panicked rejection. She shook with panic of another sort. She’d never felt anything like this before.

“In my opinion,” he murmured, “Miss Jane Austen knows a thing or two about mistletoe.”

“And about love. I do love you, Nicholas Danvers. I don’t know how I didn’t realize it months ago.”

“I’ve known for months, but you seemed such a stickler for the proprieties. When you denounced Pride and Prejudice, I feared I had a hard fight ahead.”

She chuckled, moving back to rest against his chest, despite or because of all her wicked hungers. “By all rights and reasons, you should not marry me, you know, any more than Fitzwilliam Darcy should have married Elizabeth Bennet.”

“We’ll have no shoulds. The mistletoe has spoken.”

She melted perfectly into another kiss, as if they’d kissed a thousand times, his strong arms around her already familiar.

Amy crept to the parlor door, squeezed into her prettiest pink gown. It just fit if she didn’t breathe too deeply. It would fit perfectly by Twelfth Night with some inserts of lace.

She peered around the corner and smiled, hugging herself in delight. Sir Nicholas Danvers was going to be the most wonderfully perfect father.

She crept back upstairs to dream.

*Excerpt provided by the author and used with author's permission

********
This is the first story from Jane Austen Made Me Do It that I have read, and I am looking forward to reading the rest, especially if they are all as good as this story!

Have you read any of Jo Beverley's other works? If so, which ones have you enjoyed? For those of you who have read Jane Austen Made Me Do It, which stories are your favorites?

********
If you enjoyed this excerpt or Jo Beverley's other works, or are just looking for another heartwarming holiday read, then check out Beverley's latest release, Mischief and Mistletoe! It is one that is on my TBR list!

From the publisher:
“My feelings will not be repressed. You must allow me to tell you how ardently I admire and love you.” If you just heaved a contented sigh at Mr. Darcy’s heartfelt words, then you, dear reader, are in good company. Here is a delightful collection of never-before-published stories inspired by Jane Austen—her novels, her life, her wit, her world. In Lauren Willig’s “A Night at Northanger,” a young woman who doesn’t believe in ghosts meets a familiar specter at the infamous abbey; Jane Odiwe’s “Waiting” captures the exquisite uncertainty of Persuasion’s Wentworth and Anne as they await her family’s approval of their betrothal; Adriana Trigiani’s “Love and Best Wishes, Aunt Jane” imagines a modern-day Austen giving her niece advice upon her engagement; in Diana Birchall’s “Jane Austen’s Cat,” our beloved Jane tells her nieces “cat tales” based on her novels; Laurie Viera Rigler’s “Intolerable Stupidity” finds Mr. Darcy bringing charges against all the writers of Pride and Prejudice sequels, spin-offs, and retellings; in Janet Mullany’s “Jane Austen, Yeah, Yeah, Yeah!” a teacher at an all-girls school invokes the Beatles to help her students understand Sense and Sensibility;and in Jo Beverley’s “Jane and the Mistletoe Kiss,” a widow doesn’t believe she’ll have a second chance at love . . . until a Miss Austen suggests otherwise.Regency or contemporary, romantic or fantastical, each of these marvelous stories reaffirms the incomparable influence of one of history’s most cherished authors. 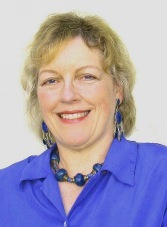 Author Bio:
Jo Beverley writes bestselling historical romance set in her native England. She was born and raised in the U.K. and has a degree in history from Keele University in Staffordshire, but she lived in Canada for thirty years. Now that she’s returned to England she enjoys doing even more on-the-spot research.

Her more than thirty novels have won her many awards, including five RITAs, the top award in romance, and two career achievement awards from Romantic Times. She’s a member of the Romance Writers of America Hall of Fame and Honor Roll. Publishers Weekly declared her “arguably today’s most skillful writer of intelligent historical romance.” Her latest release, Mischief and Mistletoe, a Christmas themed anthology with eight other popular romance authors, is now available to extend your love under the mistletoe holiday reading.