I am super excited to announce that J. Marie Croft is releasing a new novel! I am a huge fan of puns, alliteration, and witty humor, all at which Ms. Croft excels! I hope you enjoy this deleted scene from her soon-to-be-released novel, Love at First Slight!


A Superfluous Backstory
by J. Marie Croft
Determination to post a chopped chapter here at Leatherbound Reviews may show an abominable sort of conceit, but be assured I have utmost respect for Jakki. Without her, Love at First Slight (LaFS) might have been shelved – and I donʼt mean on other peopleʼs bookcases! 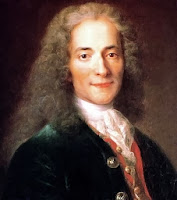 Wrapping oneʼs head around the gender reversals in LaFS can be challenging. So, with sheer delete (Yes, yes, there had to be a pun in here somewhere!), Iʼm sharing this backstory before the bookʼs release in November. Readers may want to familiarize themselves with a few of the storyʼs characters.

The following unedited, chopped chapter includes a small backstory on a certain portrait – one that graces the cover and appears in Volume III, Chapter One, of Love at First Slight. (Coincidentally, the word ʻleather-boundʻ also appears in that same section of the book.)
*****


~Love at First Slight Backstory~
It may not be universally acknowledged, but the unvarnished truth is that a young widow in possession of a good fortune is not necessarily in want of another man in her life. Handsomely provided for by an ample jointure, said widow need not relinquish control of her recently gained property nor surrender her disenthrallment unless, of course, she could find true love, or a close facsimile, a second time around.

A more widely recognized truth is that a single young woman with patrician connections and untold wealth is expected to find a suitable suitor. To surrender such worth to a bridegroom beneath her lofty sphere – no matter how enthralling he might be – would be the stuff of madness or, leastwise, of fictitious prose narrative of the most fanciful stamp. 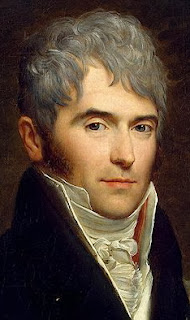 The dormitory room was a double one, even though the headmistress had insisted there was no such accommodation at her seminary.

“There is now!” A peer of the realm practically growled the words as he handed over an incentive sufficient to make the woman more accommodating and amend her school’s rigid policy. An extra twenty guineas was a small price to pay for his niece’s contentment. If it was within the aristocrat’s considerable power, whatever the girl wanted would be hers for the asking.

A young woman sat upon a narrow bed recently moved into the double room. Though wealthy, she came from the merchant class ranks, bore the taint of new money, and was called a ‘mushroom’ by other pupils. Her new friend had rescued her from Polite Society’s spiteful schoolgirls. The tradesman’s granddaughter had, in turn, saved the Earl’s privileged niece from the same society’s sycophants.

One of the room’s occupants was thought to be serious, reserved, and aloof; the other more cheerful, good-natured, and sweet. Judging by their behaviour and banter one particular night, it was unclear which girl was which.

“Let us both vow, here and now, to only plight our troth for love,” said Jane. “Marriages of convenience just seem so awfully cold and bland.”

“Speaking of this evening’s dinner,” said Elizabeth, “I recently had a meal that was quite the opposite of awful, cold, and bland. Lady Matlock’s cook prepared a meat and vegetable dish with a spicy sauce, served over rice. It was an Indian concoction called curry. If you want to escape cold and bland and instead experience heat, flavour, and excitement, you could visit India. The East India Company conveniently has single Englishmen there in want of wives. It is rumoured Miss Hurst may have to go thither to find a husband.”


“Are you suggesting I curry favour with her?” Jane easily ducked the pillow flung in her direction. “Seriously, Lizzy, I long for romance and true attachment, not a business transaction. Only the deepest affection, I am convinced, shall sway me. Is such optimism impractical?” 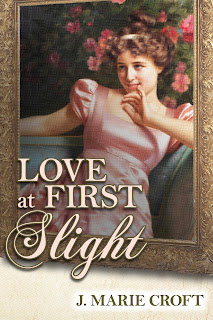 In this humorous, topsy-turvy Pride & Prejudice variation, the gender roles are reversed. It is Mr. Bennet’s greatest wish to see his five sons advantageously married.
When the haughty Miss Elizabeth Darcy comes to Netherfield with the Widow Devonport (nee Bingley), speculation—and prejudice—runs rampant.
William Bennet, a reluctant and irreverent reverend, catches Miss Darcy’s eye, even though he is beneath her station. His opinion of her is fixed when she slights him at the Meryton Assembly.
As her ardour grows, so does his disdain; and when she fully expects to receive an offer of marriage, he gives her something else entirely ....

Thanks to Meryton Press, Leatherbound Reviews has 2 copies (1 ebook and 1 paperback) of Love at First Slight to giveaway! Open internationally!
To enter, simply comment on this blog post.
Please leave your email address or Twitter handle so I know how to contact the winner.
Giveaway ends November 5, 2013.
Best of luck!
Posted by Unknown at 7:32 AM