Greetings, dear readers! I am thrilled to announce today's guest: the one, the only Mr. Theo Darcy! *fans self* Austen Variations authors Monica Fairview, Maria Grace, Cassandra Grafton, Susan Mason-Milks, and Abigail Reynolds have written a delightful Pride and Prejudice variation where Mr. Darcy has a younger brother, Theodophilus Darcy. I enjoyed reading The Darcy Brothers as it was being posted online at Austen Variations, so I am excited for these authors at having published this piece.
I want to thank these Monica, Maria, Cassandra, Susan, and Abigail for having Leatherbound Reviews as a stop on their blog tour and especially to Monica Fairview for writing this special scene and Cassandra Grafton for the images and Maria Grace for the review copy.
Stop by Wednesday to read Leatherbound Reviews' review of The Darcy Brothers.
Now without further ado, I will turn the post over to Monica Fairview.
*******

Before I do anything else, I would like to thank Jakki for the chance to appear yet again here on Leatherbound Reviews.  It is always a pleasure to visit and exchange pleasantries with Jakki and her readers. Today Jakki thought it might be fun to look into the childhood of the Darcy brothers, so we have prepared you a little vignette. 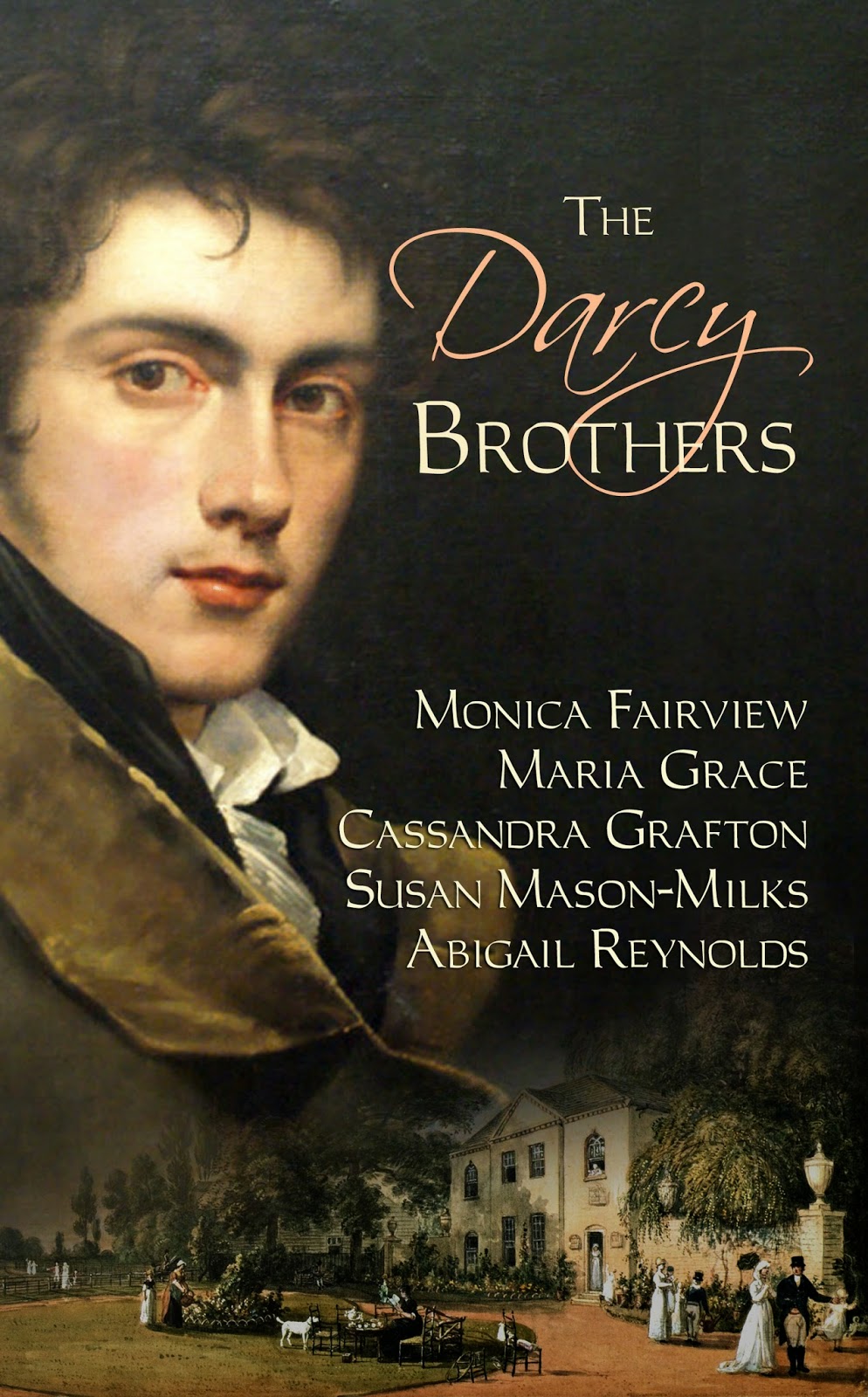 Thank you again, Monica, for the entertaining insight into the Darcy brothers as children.