It is my great pleasure to welcome Ella Quinn back to Leatherbound Reviews. Ms. Quinn has been publishing a captivating series, The Marriage Game. I have had the pleasure of reading several books from this series, and let me say, it is not one to be missed if you enjoy  marriages, strong, protective heroes, and heart-pounding romance accompanied by a bit of mystery. Without further ado, please join me in giving Ella a hearty welcome back! 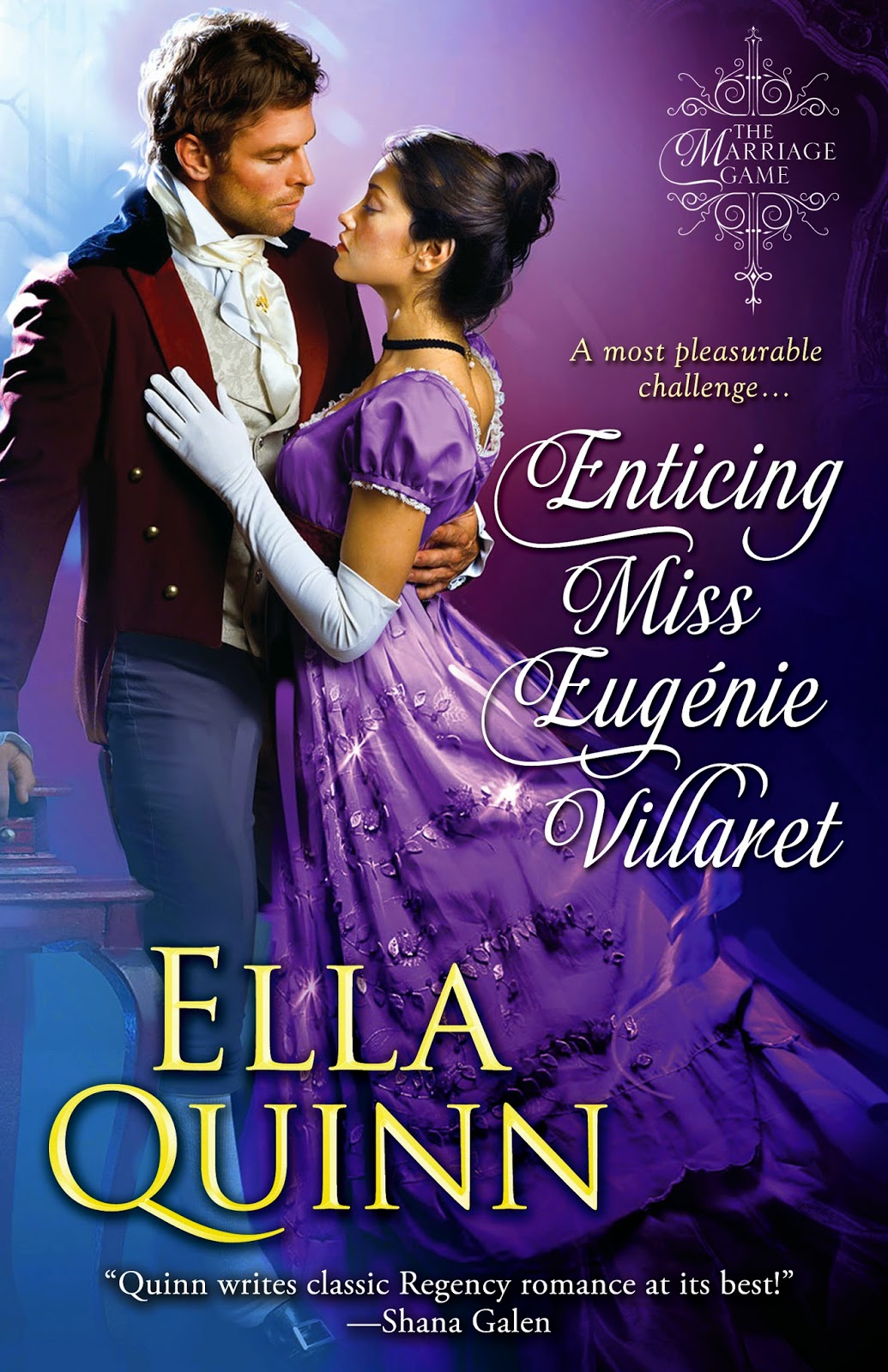 My current release, Enticing Miss Eugénie Villaret, book #6 in The Marriage Game, is set in the Caribbean. As in most things in my writing, I didn’t actually pick the place, my hero William, Viscount Wivenly did. That happened at the end of The Temptation of Lady Serena when he and Gervais, Earl of Huntley decided there were entirely too many marriage minded ladies and their mamas in England to suit them. Huntley, as you may remember went off to Europe, while Will sailed to St. Thomas, part of the Danish West Indies in 1816.

Now, I live in St. Thomas and truly was not expecting the research to be a difficult as it was, but the institutional knowledge appeared to only go back to the 1840’s when St. Thomas was a very different island than it was in 1816I went on the historic house tour which begins at Blackbeard’s castle.
Naturally, I informed the guide I was working on a book set in the early 19th century, whereupon I was told the castle (actually a tower) was a make-out point. Hmm, I had my doubts. As it turns out, the tower was a make-out place, but in the 1950s.

Lots of people offered to share their families photos, unfortunately they all dated from much later in the century as cameras didn’t exist in the Regency. Fortunately, I have a good friend whose family has been on the island for well over 100 years and is the possessor of many excellent books covering the time period I needed. Most of the older houses on St. Thomas were rebuilt in the mid-19th century, so my friend helped me gain access to Crown House which was built in the late 18th century. Fortunately for my story, the newer houses were built on the same footprint and I didn’t have to change the descriptions I’d already written.

In addition to her help, I contacted not only the local historical society, but the historian on Tortola, BVI, and an author friend, Alison Stuart. She was visiting Martinique at the time and sent me the information I needed from there.

As I had escaping slaves to re-home, I ended up studying all the manumission laws in the Caribbean and discovered the British West Indies were actually the least restrictive of all the islands. All one had to do was show up, and they were free. Other islands required documents. I also had to study the sailing winds and get advice from people who had more experience than I. I discovered the existence of a clergyman known as the “Pirate Priest” who lived on Tortola. After verifying the man had been the rector of St. Michael’s church, I had to make a research trip.

All in all, I did more research in my home than I’ve had to do since my first couple of books. However, it was a wonderful experience and taught me much more about my island than I’d known before.

Do you every look up the history of your town?

Wow, Ella! So much research packed into this great story! Thank you for sharing. =) I have to say, I am guilty of never researching my home town or current town. However, after reading about all the interesting truths you uncovered in your research, I am tempted to do some of my own! Thanks!
Be on the look out for my review of Enticing Miss Eugenie Villaret next week!

Repeating Ella's question, have any of you, dear readers, researched your home town? If so, I'd love to hear about it! =) 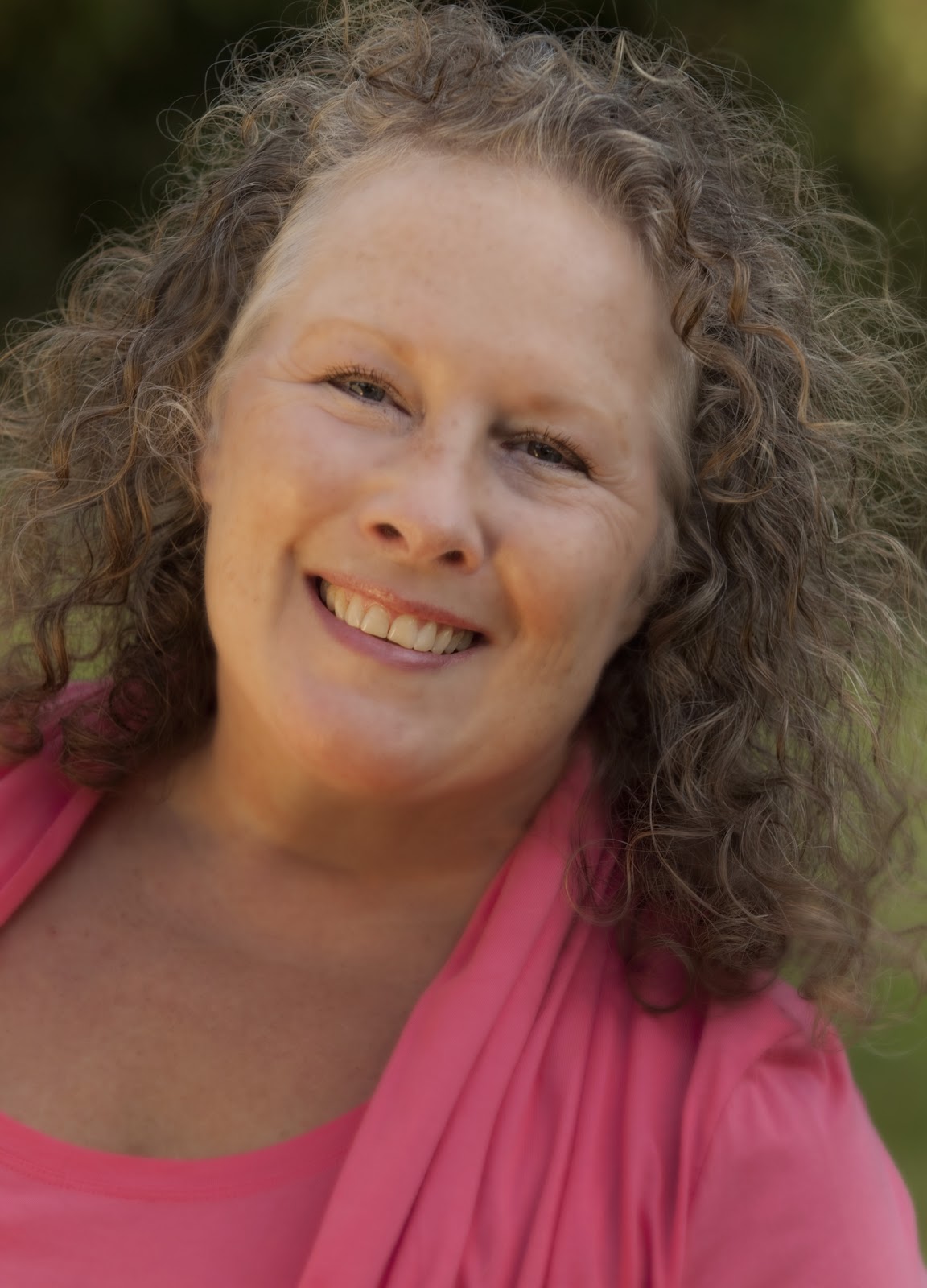 Author Bio:
Ella’s studies and other jobs have always been on the serious side. Reading historical romances, especially Regencies, were her escape. Eventually her love of historical novels led her to start writing them.
She is married to her wonderful husband of twenty-nine years. They have a son and granddaughter, Great Dane and a Chartreux. After living in the South Pacific, Central America, North Africa, England and Europe, she and her husband decided to make St. Thomas, VI home.
Ella is a member of the Romance Writers of American, The Beau Monde and Hearts Across History. She is represented by Elizabeth Pomada of Larsen-Pomada Literary Agency, and published by Kensington. Her first book, The Seduction of Lady Phoebe, will release in September 2013. The Secret Life of Miss Anna Marsh, Quinn's second novel, will be released in November 2013.
Connect with Ella Quinn
Facebook | Website | Twitter
Read It Now!
Kindle | B&N
Posted by Unknown at 8:33 AM